JMOs are going to be optimized for a certain range of jobs, so when you start your campaign towards securing one, don't be surprised if the same ones continue to turn up over and over.  While working with one of the JMO headhunter companies, it seemed as though he was deliberately referencing sales jobs for me, despite the fact that I did not want to explore that route (this speaks a bit to the motivations recruiters operate under in earlier posts)

It was almost comical on a couple of occasions.  The discussion went a bit like this:
"We have a few positions we think you might be interested in, working in regional areas close to you."
"I take it they are either service rep positions or something like sales (rolling eyes)."
"This is what the industry calls inside sales.  You aren't making any cold calls.  And these companies have already purchased the product..."
"Sounds exactly like sales, but with a slight twist."
'Well, you're not giving me much to work with right now, and this limits you..." 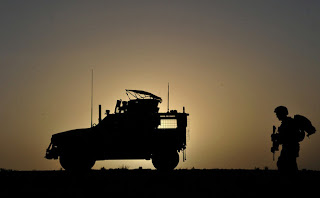 I had no problem being limited by not looking at sales positions as possibilities, because I simply did not want to do that at that point in my life.  I worked in sales as a teenager, and learned to dislike the rules that world lives by.  I in turn put my foot down and refused to discuss the various positions that cropped up a few times.
Did I shoot myself in that same foot?  I don't think so, because I felt pretty comfortable that I did not want to work on a commission based scale, subject to the at times helter skelter nature of market forces.  There can be tremendous gain found in sales positions, no doubt, but I just was not interested in doing what needed to be done to succeed.  Your experience, personality, and desires for financial gain may differ, so analyze those aspects and if you want to go that route, bravo!
I have a very close friend who secured his first post-JMO job at GE, working sales of industrial lighting solutions.  He has had a few other jobs in sales since then, and is now working communications solutions for mostly government contracts, and he seems to enjoy what he does.  He was open to the sales construct, and has done well with it, so I am not anti-sales.  I just think the JMO about to leave the military will still be hit with a barrage of job openings that are sales oriented.
On the note if networking, the guest poster from 5 February confirmed what I knew to be true back over ten years ago.  Networking will expand your knowledge of the various fields and jobs out there that a JMO likely knows very little about, since the intervening time between college/commissioning and the present may not have offered many opportunities to stay current with trends in their field of study in college, or their area of interest.  Go to that post to learn a few techniques he mentions that can assist you in developing a base of knowledge of the field that does interest you.  It seems you could be surprised at what happens as a result.
I'll also offer that the Internet has expanded the power an individual holds in this regard a thousand-fold.  There are a multitude of forums, groups, and even Facebook pages where you could rub elbows with people who are already in the profession you are looking to enter.  Taking their opinions with a grain of salt, you can still tell pull out a few details about the field that you might not have heard about before.
Think of it as the ultimate career day you first experienced in elementary school.  This is where you can break away from the mold of the mundane that the JMO recruiter might have to offer, and get into the field you dream of as the perfect fit for your lifestyle, interests, and personality.  It's not crazy at all, but it will probably require a substantial investment in time to get into that field if you don't have professional credibility already established.


There is a certain degree of never-say-never to it all though, as I know a computer animation professional who has worked on such hits as Speed Racer, who served as a Civil Affairs Soldier and was self-taught to some degree.  Same for a Marine LtCol I know who broke into computer network security after a few courses, and a self-study.  Although they embarked on a personal campaign to get to where they wanted to be, and took substantial risks along the way, they seem happy and content.
For today's music selection, here are a few live songs from a Gorillaz Demon Days Live 2006 performance at the Manchester Opera House.  A little moto and a little mellow.  Enjoy.
Posted by jac at 10:30 AM

jac
I am a Marine Corps infantry officer, who left the Corps about half-way through my career, worked on the outside for a while and then returned to active duty.